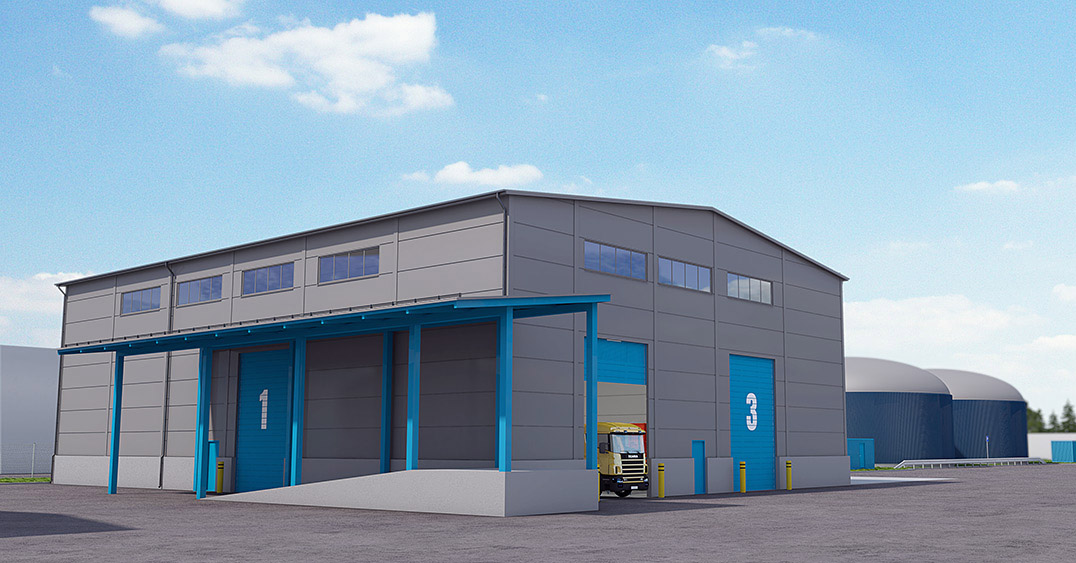 Biovoima has made a significant biogas plant sale to Estonia worth more than EUR 10 million. The plant will be the first biogas plant in the entire Baltics to handle household and commercial biowaste, being mostly food waste. When completed, the plant will treat a major part of the biowaste formed in the Tallinn area, producing biomethane for the natural gas network and fuel for the CNG-powered vehicles. Globally, this fully renewable fuel has a significant role in replacement of fossil fuels. Biofertilizer for land improvement is also produced as a by-product.

‒ The project has been developed with the client for more than four years, during which many ups and downs have occurred. Local government permits and financing solutions had to be modified several times along the way, in addition to which Covid-19 has caused its own delays. The project arouses lots of excitement locally, as it will be the first one of a kind in Estonia, in addition to significantly improving the current situation of waste management in the Tallinn area. Along the way the environmental benefits have had to be justified in many ways. Now that the hoe is finally allowed to hit the ground, the feeling is undeniably awesome.

New biogas plant will be ready for operation in 2023

The requirement for separate collection of biowaste (in many countries: organic fraction of municipal solid waste, OFMSW) introduced by EU legislation will significantly accelerate the construction of similar biogas plants in the Baltics.

‒ We have several similar projects pending in each of the Baltic countries, and it is expected that the next biogas plant delivery will be announced soon, Kangasaho reveals. At the same time, several projects in Finland are also moving towards investment decisions.

Construction of the biogas plant will begin immediately, and it will be ready for operation in early 2023. When completed, it will be one of the largest biogas plants in Estonia. EPC contractor of the Estonia plant delivery is BioWoima Finland Oy, a solution supplier with unique technology integration capabilities to deliver biomaterial-based services and turnkey solutions. BioWoima Finland is owned by Suomen Biovoima Oy, Prohoc Oy and Wel-Mach Oy, so it combines the know-how of three renowned companies from several decades in the sectors of environmental engineering, machinery, procurement and project management.

If you want more information about the project or solutions, feel free to get in touch!

More information about the project and solutions: